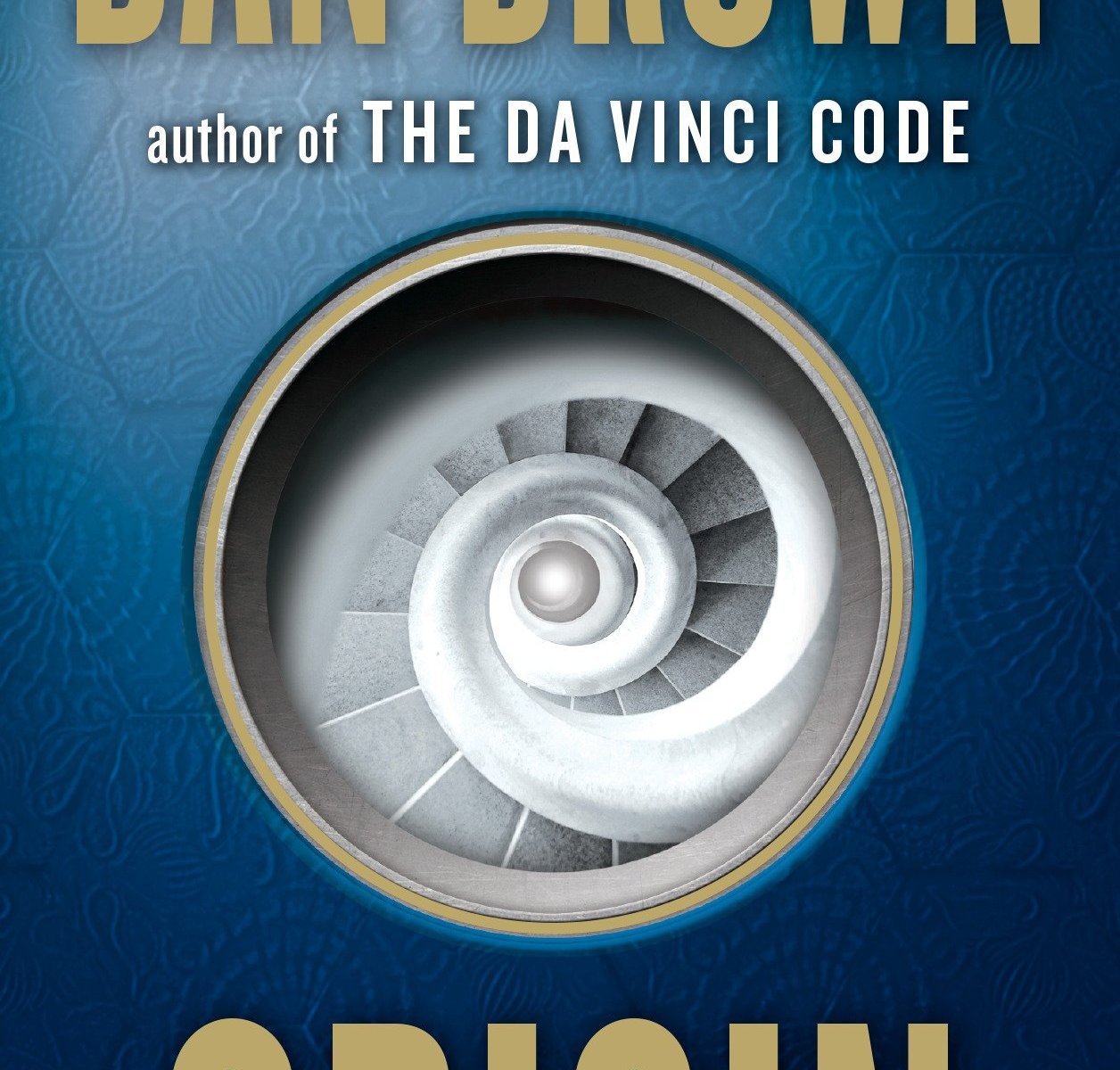 This addition to my blog fits into this year’s reading challenge category ‘A Book Set in Another Country’ and it is:

This is an addition to the series of books featuring fictional Harvard Professor of Symbology, Robert Langdon. Brown takes us to Spain, where Langdon arrives at the Guggenheim Museum in Bilbao to hear a cryptic and meticulously orchestrated revelation made by a long-time friend and ex-student, Edmund Kirche. Kirche claims to be on the eve of unveiling an incredible and life-changing discovery, which will answer the age old question “where do we come from, where are we going?”

So revealing is Kirche’s new disclosure, that it will question the authenticity of scientific discovery as we know it, and put the religions of the world to the greatest test they will ever endure. Kirche seems excited but under pressure as the final hours tick down to his unveiling.

But his revelation is so explosive, that it proves to be deadly, and when Kirche is abruptly and violently assassinated, the evening descends into chaos. Now running from the enemies of his old friend, and those who consider him as serious of a threat as Kirche, Langdon must find a way to redeem his friend’s legacy and release the cryptic discovery to the waiting masses of the world, just as Edmund would have wanted.

Aided by Museum Director and future Spanish Queen Consort, Ambra Vidal, as well as a curiously amiable computer named Winston, Langdon travels to Barcelona to find a forty-seven character password, a state-of-the-art computer and a secret that will change the world. Enemies from within the church and the palace work to stop them, and when the cards are laid on the table, loyalties are tested and close secrets are revealed.

As always with Dan Brown, the meticulous descriptions of art, architecture, symbology, and location are a bonus in this book. Brown has clearly made close study of Spain in his own travels, and beautifully transcribes his studies, taking his readers across major sites throughout the country. The book artfully describes the beautiful art of Gaudi, particularly of his famous structures Casa Milà and Sagrada Familia, and also transcribes the art and poetry of William Blake, weaving them both into the story in that unique Brown-way that we love.

The plot moves easily along, with enough action to keep readers interested. The characters of Langdon and Vidal, (and of Winston too), serve to push the story forward in a familiarly relatable way. There are also enough side stories to add an extra interest to the overall plot.

For me, there were two points about this book that I did not find well presented: the first was the character of Naval Admiral, Luis Ávila, who is featured as an appropriate nemesis, only to have a rather abrupt and anti-climactic downfall. The second is the slow burn revelation of Kirche’s discovery. This revelation finally occurs toward the end of the book and, at least for me, was not so cataclysmically described that it warranted the frantic race across Spain, the reactionary panic of the Spanish palace, or the large-scale assassination of its discoverer. In short, once the revelation was announced, I was left thinking ‘so what?’

Now to be fair, I thought that Brown’s book Angels and Demons was also problematic to read for similar reasons. Yet, when it was released on film, I found it to be a thoroughly entertaining watch. Perhaps this is the same thing. But, Origin didn’t seem to me to have the same use of cryptology and symbolism that made The DaVinci Code a best-seller. The twist at the end of the book, and the ultimate catalyst for Kirche’s assassination, was well-thought, though not an original concept, and I figured it out about half way through the book.

Overall, this was an enjoyable read, if not somewhat predictable, but it did leave me wondering what all of the fuss was about.

Pick up a copy of Dan Brown’s Origin at your library and leave your own comments. For me, this was a 7/10.